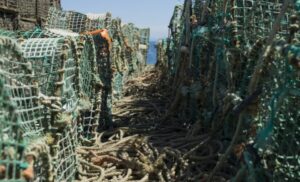 “For over a year we’ve been warning Janet Mills and Jared Golden that Biden and NOAA would destroy Maine lobstering,” said Chair Dr. Demi Kouzounas. “Today’s terrible decision to ban lobstering in much of the Gulf of Maine during its most lucrative season will destroy the industry and decimate local economies who have relied on the industry for generations.”

“Janet Mills and Jared Golden must put a stop to this madness. Will they stand up for the people of Maine, or once again bend the knee to the failing Biden/Harris administration?”