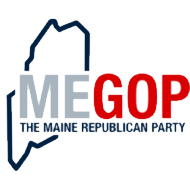 The video, which is titled “LGBT+ Activism” and tells 5-year-olds that sometimes doctors make “mistakes” in designating gender at birth, is on the Maine Department of Education website (slide 51 in the lesson). The person speaking in the video is a teacher at Whitefield Elementary School.

The video also tells kids that there are “a lot of people in the world who want to love in a way that the world says they’re not allowed to,” which is a disturbing thought to put into the mind of a vulnerable young child.

The Mills administration announced in Sept. 2021 that the state program that disseminates the video, the Maine Online Opportunities for Sustained Education (MOOSE) program, was funded by money from the partisan federal American Rescue Plan.

Mainers from across the state are speaking out about Mills using taxpayer money to fund this type of information being taught to kids as young as 5.

Maine mom, grandmother of a kindergartener, and Maine GOP Chair Dr. Demi Kouzounas said: “Janet Mills is clearly comfortable with kindergarteners being taught this type of information, but I’m shocked by this. I have a granddaughter in kindergarten and I’m extremely concerned after viewing this video. A kindergarten classroom is not the place for this type of discussion. I’m also concerned about the mixed messages that are obvious to anyone who has had kids: we teach them about “stranger danger” and that their bodies are their own but this video talks about “people who love in ways that society hasn’t always allowed” — that could be very confusing to 5 year olds who are essentially babies at that age. The fact that Mills used federal taxpayer money to fund this program is also beyond the pale. Just like Mills has failed our small businesses, nursing homes, and health care facilities, she has also failed parents and students. She needs to explain herself immediately.”

Alicia Lawson, Winthrop school board candidate and mom, said: “Parents, not Janet Mills, should be making the decision about how to approach topics like this. But Mills is clearly very committed to pushing kindergarteners to learn this — she spent taxpayer money on funding this effort. I’m running for school board because I want to get this type of ideology out of young kids’ classrooms. Janet Mills should not be at the front of the class teaching kindergarteners this type of information.”

Jenna Lee Leonard, past candidate for South Berwick school board, said: “Janet Mills’ school lockdowns hurt kids and parents, and now she’s pushing information like this on kindergarteners. I think Maine parents should know about this because I believe that these topics shouldn’t be taught to young kids by a teacher or at the behest of the Governor. It’s not right, and I urge all concerned parents and Mainers to keep this in mind when they vote in November.”

Haily Keezer, Hermon school board candidate and mom, said: “Janet Mills choosing to fund this project makes her agenda blatantly clear. To encourage the use of this material in our educational system is unacceptable, inappropriate and harmful! This situation shows why Maine parents need to have a voice in the room. After my voice was silenced, I decided to run for an open seat on the school board in the upcoming June election. I want to take an active role in ensuring we provide the best education to this and future generations. This taxpayer-funded video does not live up to those standards. These projects are flowing into the school curriculum, often without parents’ knowledge. Maine voters need to hear about this video and similar projects — and start asking questions. We must advocate for our innocent children! Join me in asking Janet Mills why she used our tax dollars to fund such inappropriate and damaging instruction to our children.”

From the LGBT+ Activism video:

“Now, you might have never heard that term before, LGBT. Well, let me tell you what it means. The L stands for the word lesbian. Lesbians are women who love other women. G stands for gay and gay men are men who love other men. B stands for bisexual and bisexual people are people who love both men and women. And the T stands for transgender. A transgender person is someone who the doctors made a mistake about when they were born. When a baby is born, the doctors will tell the parents what gender they think that baby is. They’ll say we think your child is a female or we think your child is a male. But some people, when they get a little bit older, realize what the doctor said was not right. They might say that the doctors told me I was a man but I’m really a woman or they might say the doctors told me I’m a woman but I’m really a man. And so, when they grow up and they can tell people that the doctors made a mistake about their gender, then they can transition to be the gender that they actually are.”

“…there are actually a lot of other people who love in ways that society hasn’t always allowed.”

Gov. Mills Brags on Her Pandemic Response, but ME CDC Data Demonstrate Her Failure

Mills Is Supported by Planned Parenthood – Which Supports Defunding Police