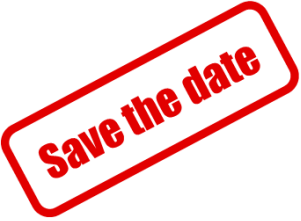 The September Kennebunkport Republican Meeting is scheduled for:

We are living in troubling and uncertain times. Censorship, wide open borders, lack of election integrity, dictatorial mandates, out of control spending, inflation, the rise of groups like Black Lives Matter and Antifa, Critical Race Theory, cancel culture, and threats to our 2nd amendment are just a few of the political issues we face today. We see the rise of socialist, communist, and Marxist ideologies creeping into our country at an alarming rate.

However, there is always hope and inspiration. Our guest speakers are both from socialist/communist countries. They will share their testimonies and experience from the countries they grew up in before immigrating to the United States.

LILIANA THELANDER  – Liliana is from Venezuela, a country that in the 1950s was the third richest in the world. It is now one of the poorest as a consequence of a 20 year socialist/communist regime. Liliana was 25 when she immigrated to Virginia Beach in 1994. She has been in the U.S. for 27 years, the last 15 years in Maine. She recognizes the political changes that transformed Venezuela occurring here. As a result, she is a major force behind “We the People of Maine”, part of a national movement to take back control of our government. This group is actively collecting signatures on affidavits asserting our constitutional rights to demand a full forensic audit of the 2020 general elections. In addition to her own efforts to bring about positive change, her husband, Edwin Thelander, a retired Navy SEAL, is running for Congressional District 1.

SERGEI CHAPARIN  – Sergei is originally from Russia and lived there until the age of 17. He immigrated to Maine in 1995 and became a citizen in 1999. Since coming to the United States, he has proudly served in the U.S. Army and now works for the state of Maine. Sergei is also involved with “We the People of Maine” and is actively and enthusiastically involved in collecting signatures on affidavits for a forensic audit of the 2020 general elections. Affidavits will be available if you have not yet signed one and would like to.

Come to be inspired to take action and be a force for positive change! I look forward to seeing you on September 29th.

Gray Republican Committee – What the Hard Left is Doing to Our School Children – Jan. 26, 2022