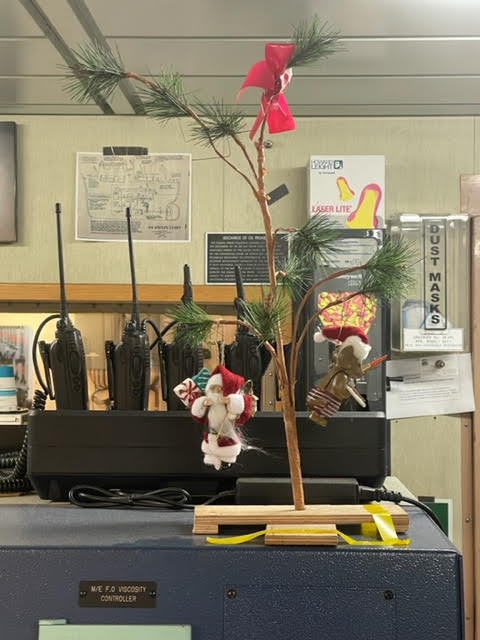 I am sure Scott would like to receive some Christmas greeting emails and photos from Maine. He has been gone since before Thanksgiving and will be home around the 1st of the year.
For those of you who may not know Scott, he is a graduate of Maine Maritime Academy and retired Chief Engineer in the Merchant Marine. He is constantly being called to return to serve since we are lacking enough engineers to move ships around, even if just from one port to another for repair. He can receive emails at sonjohans@aol.com